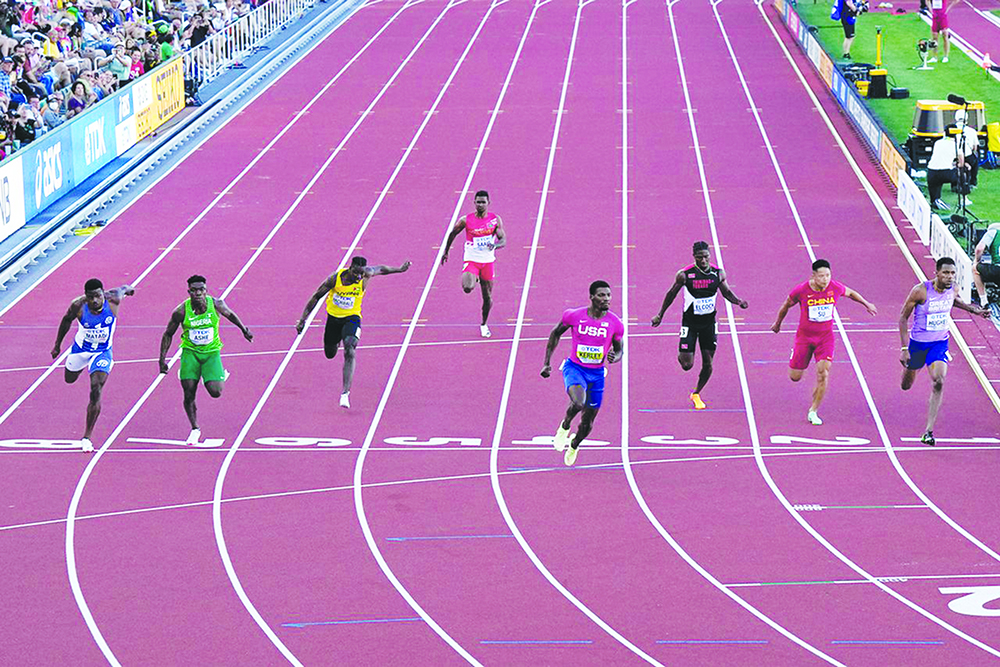 Kenya has confirmed it will bid to host the 2029 World Athletics Championships after missing the 2025 rights, which were awarded to Tokyo, Japan.

Sports Cabinet Secretary Ababu Namwamba says the country will prepare a better bid as well as continuing to improve the facilities that are there to ensure Kenya stands a better chance.

“Having lost the bid for 2025, we will prepare for 2029 and we believe we will be in a very strong position to put in a compelling bid. We cannot be such a major athletics powerhouse and we can’t bring world athletics to Nairobi. We will be banking on the goodwill from World Athletics, we will come up with a much stronger bid,” CS Ababu said.

Athletics Kenya boss Lt. Gen (Rtd) Jackson Tuwei believes that Kenya has a chance to win the bid, despite having missed out on the 2025 event.

He says the reason Kenya has decided to go for 2029 and not 2027 so as to give the country ample time to get rid of the doping cloud that hangs over its shoulder.

“Unfortunately because of a few other complications that came around we could not do that (2025). We have not given up. We will still try to bring the World Championships here in Nairobi. We have built our capacity through World Under-18, we have also built our technical capacity with the U20,” said Tuwei.

He added; “Because of some of these challenges we are going through today, we cannot go back and say let’s apply, until we sort out this problem. I can assure you that we will bring the World Championships here in Nairobi at some stage, most likely 2027.”

Kenya’s bid suffered mostly because of the infrastructure, with the Moi Sports Centre Kasarani not viewed as good enough to host a senior event, despite successfully hosting the Under-18 and Under-20 events in 2017 and 2021 respectively.

Ababu says the government will seek to tap the expertise of World Athletics in improving the current facilities to ensure they meet international standards.

Meanwhile, World Athletics boss Seb Coe said that kenya has the ability to host a World Championship event, but says they need to address all areas of concern.

“It will take capacity; I discussed this with Jackson sometime back. It will take a track record as well as infrastructural facilities to give athletes a best ever Championship. As at now I think it is important as at now to show progress in the fight against doping,” said Coe.

He added; “I will make available the skillset that we have at World Athletics to help you make an assessment on what it may take in order to present a bid at some stage.”

Another reason why the country might have decided on 2029 would be because Kenya is also bidding to host the 2027 Africa Cup of Nations, with CS Ababu says they are already in conversation with CAF to know what exactly is needed. Capital FM