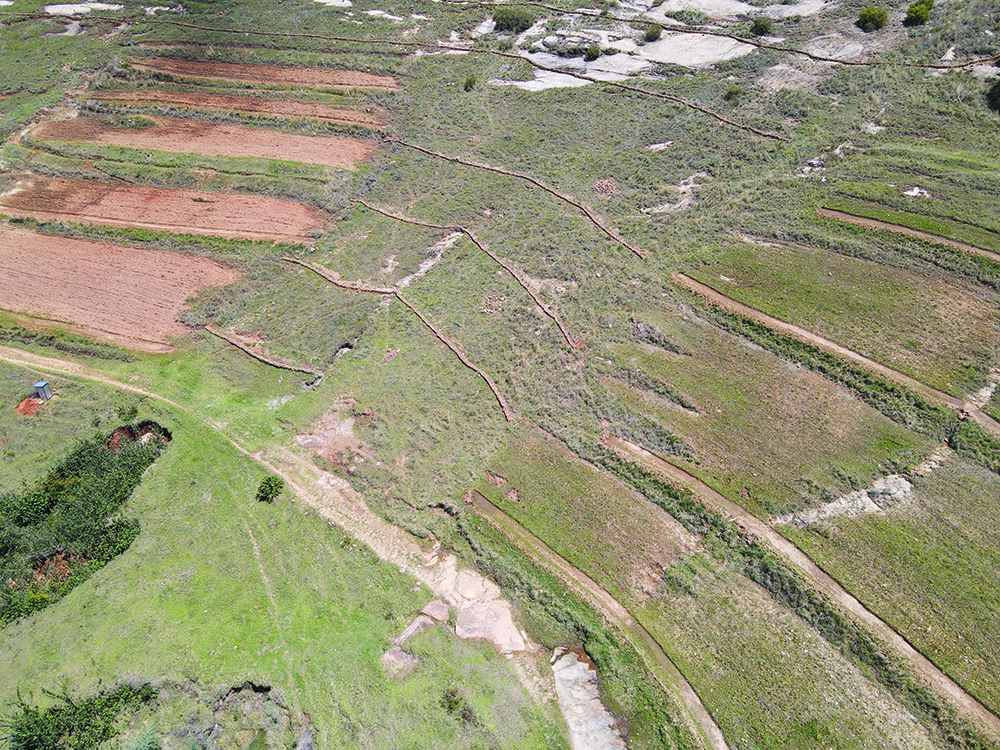 LERIBE – The ReNOKA has appealed to host communities of the earmarked areas for rehabilitation to embrace the developments.

Launched in 2021, by His Majesty King Letsie III, ReNOKA is a national movement and citizens programme that carries out interventions in communities to rehabilitate the land in order to among others increase water security, reduce soil erosion and improve the livelihoods of the communities surrounding the catchments and the greater Southern Africa region.

This citizens’ movement capacitate the communities on the importance of preserving water sources and rehabilitating their land.

Ha-Khabo Community Watershed Team member, Sipho Khanyapa said their vision is to have a dam adding that they are developing their area.

Khanyapa however pointed out that there has been resistance by some members of the community to give in their fields, a move which he says will be for the greater good.

He further said they aspire to have a dam in their area which is one of the catchment areas in Leribe, where they will use the water for irrigation and plant the fish that lives in steady water.

According to ReNOKA, a catchment is an area, sometimes called a drainage basin, that captures rainfall that drains into a river system.

There is a sub-catchment area at Ha-Khabo where the wetlands are protected and preserved also, there is ongoing terracing farming, the projects both facilitated by ReNOKA.

On behalf of the chief of Ha-Khabo, Jeremea Lefosa said some people want to be compensated for their fields that are affected by the rehabilitation programme.

He also mentioned that there is a need for the enactment of by-laws that are anticipated to address some of the impending challenges and manage the expectations.

Meanwhile, the Catchment Manager in Hlotse Priority Sub-Catchment, Phomolo Khonthu said the terraces are built in order to slow down the velocity of water and to cause water infiltration.

He highlighted that Lesotho is largely a grassland area and with time, the bare stone will also turn into grass through “practices that minimize erosion”.

The Integrated Catchment Management (ICM) Deputy Coordinator, ‘Matšolo Migwi said they are encouraging behavior change in the areas where there are catchments saying the people’s approval is key for the success of these projects.

ReNOKA believes through collaborative efforts by different stakeholders to achieve “long-term community prosperity” through the ICM.

“Over 300 community-based associations in six priority areas have been involved in ICM activities, ensuring communal ownership of the interventions. All these initiatives aim to increase water security in Lesotho, improving the livelihoods of the communities surrounding the catchments and the greater Southern Africa region.

“As the movement grows into its next phase; communities, government, civil society, and the private sector are being called on to participate by restoring and safeguarding Lesotho’s beautiful land through more sustainable farming and land use practices that in turn will secure the country’s water sources. By restoring the land, communities will begin to see improved livelihoods through better crop yields and healthier livestock.”

ReNOKA also works at a regional level closely with the Orange-Senqu River Commission (ORASECOM), “to cultivate a sense of shared responsibility on how best to mitigate land and water degradation” in Lesotho to continue to supply water.