Plastic levy on the cards 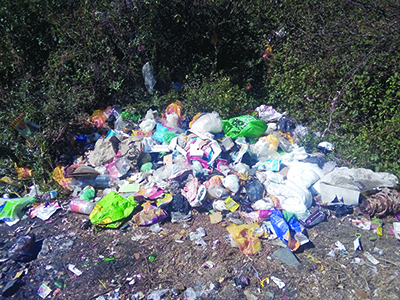 MASERU – The Senate is currently seized with the law that if passed, Lesotho will see the introduction of the plastic levy in order to control its usage, especially to the environment and water bodies.

Dubbed Environment (Plastic Levy) Regulations, 2022, these regulations were tabled in the Upper House last week by Hon Matjato Moteane on behalf of the Prime Minister who doubles as the Minister of Environment.

The regulations seek to impose the plastic levy if passed.

The ninety lisente levy will be charged on a plastic once these regulations have been adopted, passed and gazetted.

According to the regulations, the plastic bags that will be subjected to the levy are those with a minimum thickness of 25-35 mm; a polyethylene, polypropylene, chloride and nylon plastic and any other plastic shopping bag that the Minister may prescribe by notice published in a gazette.

The shoppers will now have to pay for the plastic at the shops should these regulations see the light of the day.

They further say, contravention of the above-mentioned regulations attract a M5 000 penalty or a not less than two years imprisonment if found guilty.

In South Africa, the plastic levy has been introduced years ago and in the Southern African Development Community (SADC) region, countries such as Tanzania have been declared the plastic free zones.

The regulations stand referred to the relevant committee that will interrogate them, make consultations and compile the report bearing recommendations to be tabled before the house for adoption.

It has been argued by scientists that poor waste management has a causal effect on the climate change.

On the flip side, when properly managed solid waste has the capacity of generating income and can also be turned into energy.

Although, these regulations were introduced by the then Minister of Tourism, Environment and Culture Hon Ntlhoi Motsamai, the 10th parliament did not pass this levy. In 2017, there was an attempt to introduce the plastic levy which would see the country collecting 50 cents on plastics a move that failed to materialize.

Lesotho is a signatory to some of the treaties which advocate and aspire to maintain a healthy environment through promotion of environmentally healthy practices and the legal instruments and policies to ensure compliance on the part of the consumers and the manufactures.

Some of those environmental international treaties include: the United Nations Agenda 21, the Stockholm Convention on Persistent Organic Pollutants, Basel Convention on the Control of Transboundary Movements of Hazardous Wastes and Their Disposal, Vienna Convention on Ozone Layer and Montreal Protocol on Ozone Depleting Substances (ODS).

The goal number 15 of the Sustainable Development Goals (SDGs) is about life on land. To achieve it, the communities ought to “introduce measures to prevent and significantly reduce the impact of invasive alien species on the land and water ecosystems and control….”

One of the aspirations in realizing this goal is that “by 2030, [countries should] improve the water quality by reducing pollution, eliminating dumping and minimizing release of hazardous chemicals and materials, halving the proportion of untreated wastewater and substantially increasing recycling and safe reuse globally”.

Also, the Section 36 of the Constitution of Lesotho holds that: “Lesotho shall adopt policies designed to protect and enhance the natural and cultural environment of Lesotho for the benefit of both present and future generations and shall endeavour to assure to all citizens a sound and safe environment adequate for their health and well-being.”