IEC says it will stop at nothing for Friday’s election 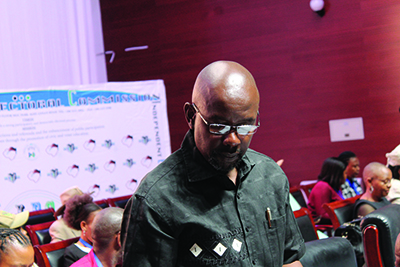 MASERU – The Director of Elections, Advocate Mpaiphele Maqutu said the Independent Electoral Commission (IEC) will pull out all stops to ensure that by-elections for Stadium Area No. 32 are held on December 16.

It will be recalled that days ahead of the October 7, national elections, one of the Stadium Area No. 32 contestants, Molefi Chapi of BaosthoLand Liberation Congress (BTLC) passed on a move that led to the elections in that constituency being declared as “failed”.

Nonetheless, the elections we held albeit on the special ballot paper for the proportional representative (PR), and the voters had to wait until the King announce fresh dates for fresh elections in their constituency.

Speaking to Informative Newspaper yesterday afternoon, the Director of Elections said they had budgeted about M5 million for this election.

Advocate Maqutu said even though the government has not yet disbursed this money, it has made a “firm commitment” that it will. He said the Commission had even redirected some of its budgets to this election as they await the government’s funding.

He said the same ballot paper previous used in the recently held general elections will be used. Since then, he said the ballot paper has been under the severe watchful eye of the members of the Lesotho Mounted Police Service (LMPS) 24/7.

The Section 66A of the Constitution charges IEC with the responsibility:

“To promote knowledge of sound democratic electoral processes; g. to register political parties; h. to ascertain, publish and declare the results of elections and referenda; to adjudicate complaints of alleged irregularities in any aspect of the electoral or referendum process at any stage other than in an election petition; and to perform such other functions as may be prescribed by or under any law enacted by Parliament.”

There are over 30 political parties that will contest for this constituency on Friday.

Meanwhile, the Socialist Revolution (SR) had withdrawn from the race as the candidate that would be fielded is now in parliament, Hon ‘Mamarame Matela.

The election process journey includes voter registration, the nomination of candidates, civic and voter education, voting, announcement, and publication of the results including the computation and allocation of the proportional representative (PR) seats.

While the local and international elections observer missions declared the previous general elections as fair and held under a peaceful atmosphere, they highlighted the need to review the clean voters’ roll.

Also, the need for IEC to be well-resourced and financed to execute its mandate effectively is a concern to the voters and the observers.

Asked how much turnout the Commission is expecting, the Director of Elections said with the voters’ roll having challenges where there are still deceased, they are expecting more or less a turnout reflected in the general elections.

Advocate Maqutu said logistics are at an advanced stage to accommodate the elections on Friday, adding that all personnel has been engaged already.

He however cautioned the political parties that there will be no funding as it has already been disbursed to them before October 7 elections.

The turnout in the October 7 elections was around 38 percent, a decline compared to the 2017 and 2015 national elections turnout.

The election results for the Stadium Area are expected to be announced within a seven-day period as the law stipulates.

The previous elections had also failed to produce an outright majority winner and ushered in yet another coalition government that is headed by the Revolution for Prosperity (RFP), along with its ruling partners – the Movement for Economic Change (MEC) and the Alliance of Democrats (AD). In total there are 11 political parties represented in the 11th Parliament.

Currently, the Commission is holding a validation exercise when it took stock of its performance in the October 7, national elections. Amongst the participants in this exercise are the IEC staff, representatives from the registered political parties, representatives from civil society organizations (CSOs) and journalists.