Entrepreneurs walk away with bonanza prizes 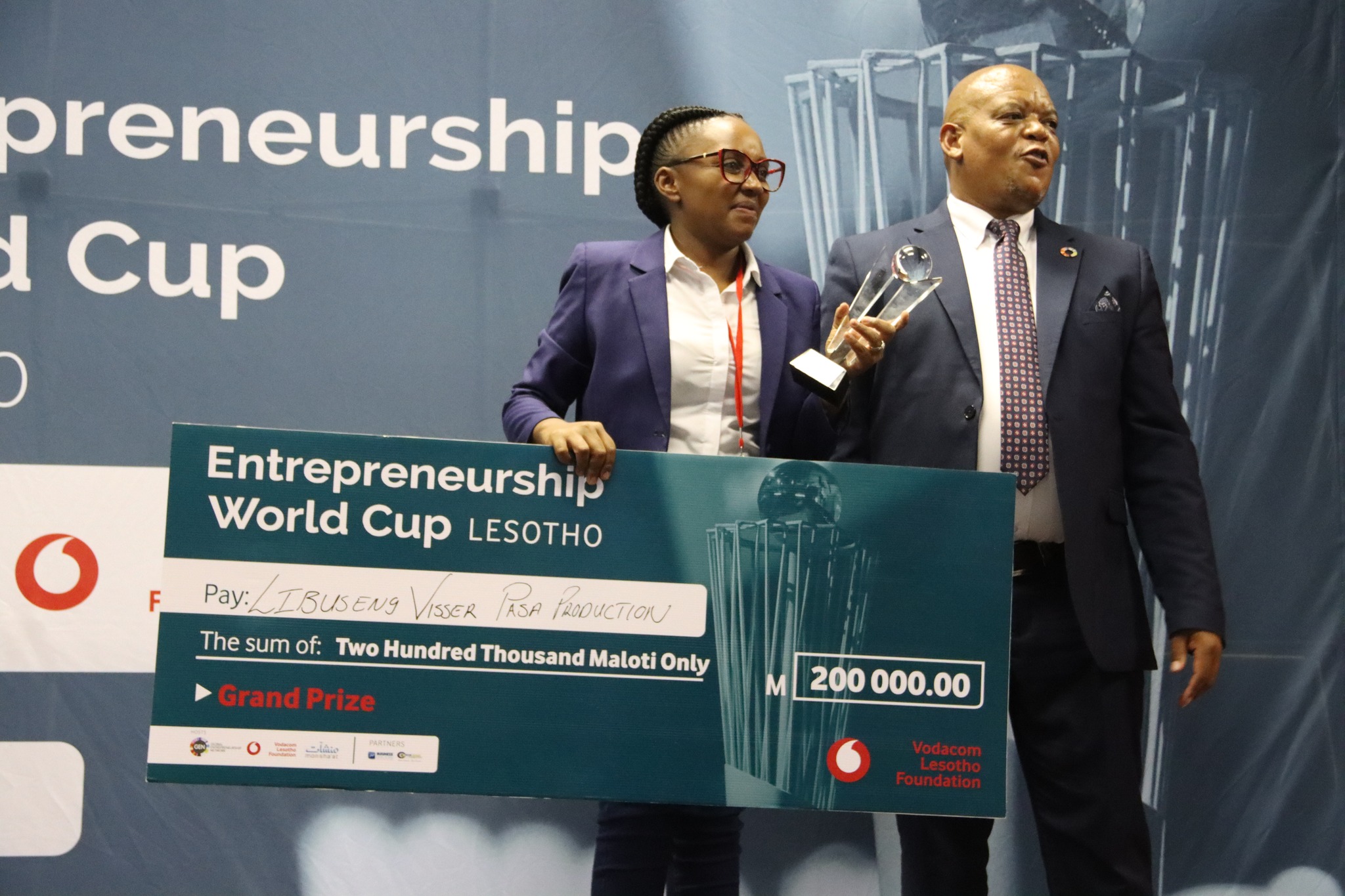 MASERU – The 25 enterprising Basotho had their eyes fixed on the M1 million grand prize and all they had to do was present a winning idea for their pitch.

Last Thursday night was the D-day of the eagerly awaited Entrepreneurship World Cup (ECW) as the moment of truth was unveiled.

Initially this cut-throat attracted about 400 budding entrepreneurs drawn from all the districts but we cut down to 25 and competed for an M1 million courtesy of Vodacom Lesotho’s sponsorship.

Libuseng Visser walked away with the grand prize worth M200 000.00.

The grand prize winner said she identified a need that Lesotho pencils are mostly used but they are being imported and took hold of the niche and made pencils through recycled waste paper.

She said their pencils are smooth compared to others, light, and rub off easily.

Visser attributed her success to teamwork and having undergone the drilling in the recent boot camp of the 26 contestants.

The four winners are also set to battle it at Singapore save for the social enterprise category.

Matlosa said four other winners will also have a chance to compete with other winners in other countries in Saudi Arabia battling for a staggering US$1 million approximately M17, 1 million. The contestants were judged on their products or services, some of the factors that were considered include if it is responding to the people’s needs; people relations component that include stakeholders; the business potential, where ideas were assessed on a level of market penetration; the predictability which is also about sustainability.

The event was graced by the captain of the industries from the banking, insurance, and finances sector.

The EWC is organized by the GEN in partnership with the BAM Group Foundation and the Business Doctors.