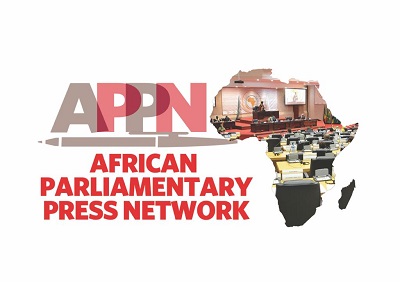 MASERU – The African Parliamentary Press Network (APPN) has hailed intervention of the Executive Council of the African Union (AU) for facilitating the resolve to a stalemate during the elections.

This is per the APPN statement published last week. The APPN is a Network of African journalists and information officers reporting from regional, sub-regional and national Parliaments in Africa.

“The various interventions culminated in the decision of 39th Ordinary Session of the African Union Executive Council in Addis Ababa, Ethiopia that only regions that have not had the opportunity to lead the Parliament would be eligible to present candidates at the resumed bureau election to be conducted and managed by the Office of Legal Counsel.” reads the APN statement in pertinent part.

During its session earlier in May, chaos broke out during the election, the election which had been suspended. The bone of contention was over the principle of rotation to which the members did not see eye to eye on.

PAP was established on March 18, 2004, following the African Heads of States meeting in Malabo, Equatorial Guinea, the meeting which culminated in the adoption of the Malabo Protocol. All African states that have ratified this protocol have the representation of five parliamentarians in this continental parliament.

APPN also commended the AUC Chairperson H.E. Mahamat for mounting a fact-finding delegation that visited the PAP Secretariat and subsequently handed over a progress report with “far-reaching” recommendations.

Taking stock of the report of the delegation, the network said the report build on the decisions and recommendations of the policy organs.

“APPN urges the Parliamentarians to accept the resolution of the issue in good faith and henceforth focus on issues that promote a united Africa instead of dwelling on issues that tended to divide us. These include the manufacturing of COVID-19 Vaccines and related drugs in Africa, challenges of youth unemployment, under-development, poverty, insecurity, and promoting participatory democracy.

“The APPN takes this opportunity to call on all national Parliaments that are yet to ratify the Malabo Protocol to do so to give the Pan-African Parliament the needed legislative powers,” reads the network statement.

Lesotho representation at PAP is made of Chieftainess Nthati Bereng, who is the Head of Delegation, Hon. Palo Leteetee, Hon. ‘Mathato Phafoli and Hon. Kose Makoa and recently

Hon. Temeki Tšolo has been nominated to the parliament.  He replaced Hon. Tšeliso Kalake, who has been appointed as the Deputy Minister of Foreign Affairs and International Relations. He is yet to be sworn in as a member of this continental parliament next sitting schedule early next year.

Members of PAP have a five-year term in office.

PAP is the African Union (AU)’s legislative organ and it is charged with, among others, the mandate to make and implement legislation on behalf of the AU.