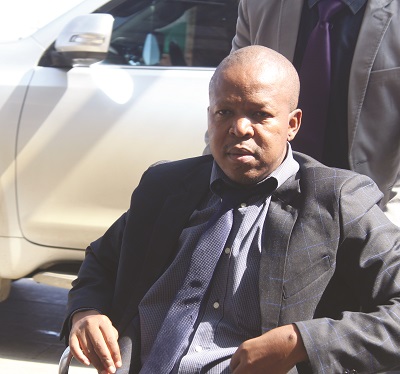 The Minister of Gender, Youth, Sports, Arts, Culture and Social Development Hon. Pitso Lesaoana believes that the availability of a Gender Based Violence law (GBV) will diminish domestic violence cases in the country.

This he insists will also accelerate efforts to regulate the measures needed to effectively achieve the principle of gender equality, to repress and make perpetrators accountable, and guarantee support to victims.

Lesaoana said having a specific law that addresses GBV issues could make the country a step closer to addressing rampant domestic violence crimes that Lesotho face.

Lesaoana also mentioned that the international theme for the 16 days of activisms is; “Ending domestic violence against women and children”.

The 16 days of activism are monumentalized fromNovember 25 to December 10 every year.

The Minister said they are also concerned with the high rate of divorce in the country, saying that proves lack of peace and stability in marriages, which may alternatively lead to GBV.

“We are startled by the towering number of divorce cases in the courts. They signify a lack of peace, stability, safety, and security within the families,” said Lesaoana.

The Minister went on to explain that abuse is an improper usage or treatment of a thing, often to unfairly or improperly gain benefit.  He said abuse can come in many forms, such as physical or verbal maltreatment, injury, assault, violation, rape, unjust practices, crimes, or other people should not hesitate to report to officials.

According to the Afrobarometer report, GBV is a reality for many women in Lesotho where the Child and Gender Protection Unit (CGPU) reports that from January through July 2022, there have been 184 sexual offences and 45 assault cases perpetrated against women. In 2021, at least 47% of women murdered in Lesotho were killed by their intimate partners.

GBV is a serious threat to the nation both developmentally and economically, recognised as one of the drivers of HIV in a country that has the third-highest prevalence rate in the world at 23.2%.

Despite all that, during the reign of the 10th parliament, the Counter Domestic Violence Bill 2021 was tabled, but the bill was never legislated.

Through this much-anticipated law, the policing and judicial responses will also need to be strengthened to reduce the country’s GBV problems.

BAM Group of Companies (BGC) Chief Executive Officer (CEO) ‘Mamashiya Ntšepeng Tšita Tikiso highly commends the effort of the Minister in the eradication of domestic violence. She mentioned that GBV is a serious violation of human rights and a life-threatening health and protection issue that needs to be addressed, especially when it comes to women and children.

Nonetheless, Tikiso said it has become a norm for perpetrators to take advantage of events like 16 days of activism to victimize women and children because domestic violence reports escalate during the campaign.