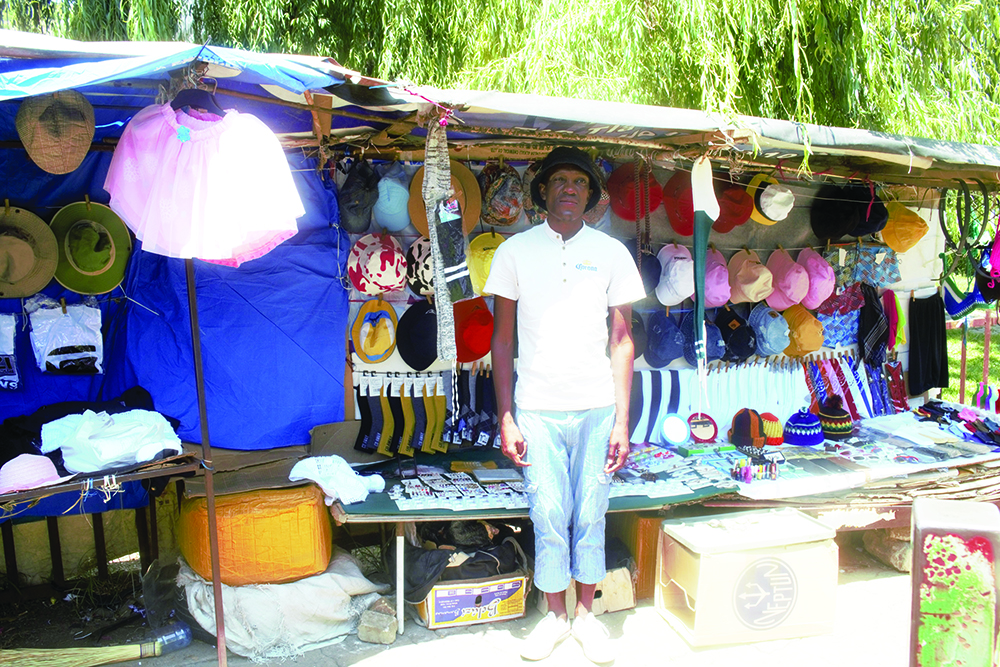 Although the holiday season is a busy time for retailors, with more people going out for shopping and buying gifts for their loved once, most street vendors are still not fulfilled with their returns.

In an interview with Informative Newspaper street vendors Thabiso ‘Musi said although there was a slight increment of profit in his jewelry business during Christmas, it was not enough in comparison to the amount of money that he normally makes in December. ‘Musi said the worst part is that all that he worked hard for during the festive season went towards mandatory basic needs.

‘Musi vowed that not even a penny went towards entertainment and celebrations even though it was Christmas.

He anticipates that during the course of 2023 his business will flourish, so that he gets more profit that will allow him to implement new strategies that will attract more customers. He is currently not making any efforts to grow his business.

“The money that I make does not allow me to expand my business or improve some of the materials that I sell, so in the meantime I will continue to operate the business as habitual,” said ‘Musi.

Nonetheless he conveyed his acknowledgements towards Basotho saying, a lot of them were showing support to local businesses by buying from them during festivities.

In addition Ha Mafafa Food Vender ‘Mamosa Sara Makhapha said she did not make any profit at all during the festive season due to fluctuated prizes of food in markets. To verify that indeed her business is not cost-effective, Makhapha said when her business is successful, she replenish stock daily because of high consumption from customers but during festivities she stocked up once after a week.

Explaining one of the core challenges of working at Ha Mafafa, Makhapha said women are being side lined and harassed on a daily basis.

“The male dominated flea market is no place for a women, normally men use their physical strength at the  entry points of the market to recruit customers into eating at their stall, causing a stampede, unfortunately women are not strong enough for daily scaffles at the gate, so we lose customers “said Makhapha.

For everyone to get an equal benefit in their business, Makhapha believes that Ha Mafafa must be restructured so that every customer can select stalls that they want to eat in without any unnecessary pressure from vendors.

Makhapha said government should intervene so that the market can benefits all businesses that are functioned by both men and women equally.

For those that are situated at far end of the square, Makhapha said they come to work but it becomes hard for all of them to be profit.

Vender that sells hats Ramosa Stephen Manare similarly said his business is slow to generate profit because COVID 19 let to most people being unemployed. So most of them are unable to afford. However he hopes that 2023 will be profitable in comparison to previous years.