The future of technology is in the hands of the youth 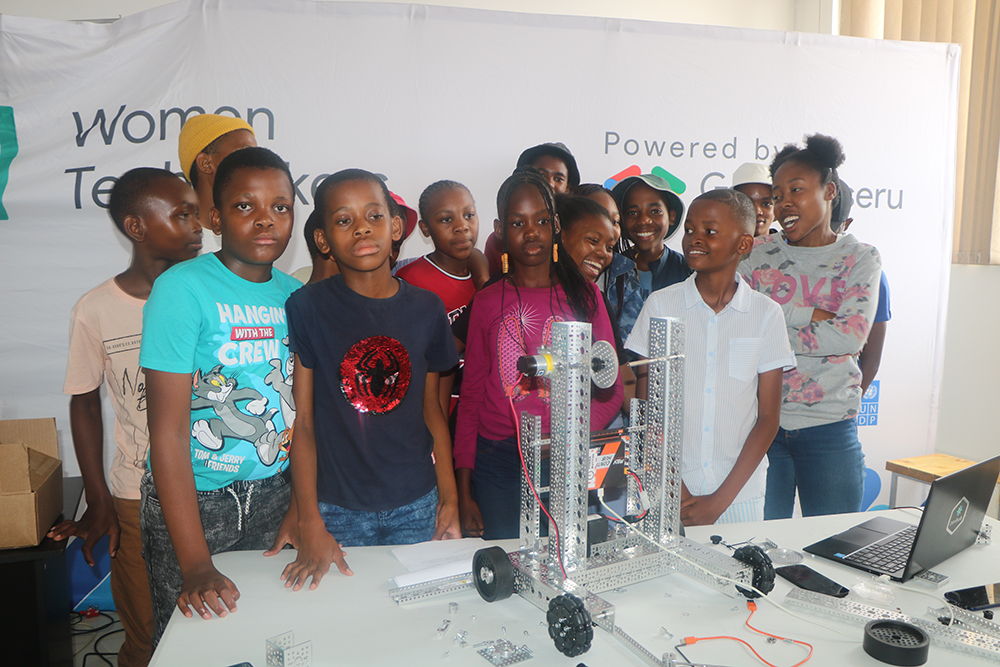 The end-of-the-year Robotics Bootcamp bears testimony that the future of technology is indeed in the hands of the youth.

As part of their well-implemented and ongoing mandate, Girls Coding Academy had organized a group of adolescents who were challenged on robotics and technology.

In the era where life is heavily dependent on technology and also the youth development, projects such as these should be encouraged so that we can have a technologically advanced society to boost our country to higher places and reach new peaks without being reliant on other advanced countries.

A series of questions was given as follows, and collectively answered by both the senior and junior group:

The third question was answered by Rapelang Mothobi, who said that they did not have enough resources.

The fourth question was answered by Motsho Khojane, who said that his plan is to help kids to go to school and Kotelo said his goal is to own a school teaching young children how to program and build, then Mahlohonolo ‘Mabathoana said that if her dream does not work out she would do robotics as a backup plan.

The fifth question was answered by Makhobotlela, who said, “We live in a world of technology and it changes day by day so it is better to study it now so that we don’t struggle in the future”. Mothobi, on the other hand, said that since not a lot of people in our country do robotics she would like her peers to engage in robotics to put our country in a better place.

And the last question was answered by Thato Ramahloko who said robotics can improve the economy by helping in building and construction, Tumelo Nkoe furthered that “we can build our own machinery and sell it to other countries”

While Kotelo said that robotics can make life easier in general and may help the country, lastly, Makhobotlela noted, “If we had a robotics company in our country, it would increase foreign exchange because other countries would buy in our country”.