Is Lesotho a free country for all? 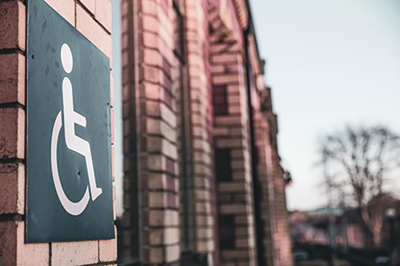 Disability Inclusion Activist Keneuoe Semphi argues that despite the passing of the Disability Act 2021, Lesotho is still far from being a free country for all.

This she said in an interview with Informative Newspaper, which sought to get the reaction of vulnerable groups in line with the commemoration of Human Rights Day which is observed by the international community annually on December 10.

Semphi commended the state for passing the Disability Act of 2021 saying it is a huge milestone, she, however, contrasted that it is not enough for Lesotho to achieve a free country for all.

Persons with Disability Equity Act, 2021 (Act No. 2 of 2021) was enacted on 12 March 2021 in order to provide for equal opportunities and recognition of rights of persons living with disabilities in Lesotho’s through the United Nations Convention on the Rights of Persons with Disabilities (UNCRPD). Semphi argues that majority of the disabled persons are still experiencing injustice and abuse in the presence of this act.

“Many suffer in silence because their economic status do not allow them to report on their perpetrators, who most of the time act as caregivers,” said Semphi.

The activists said even when the disabled try to report crimes, the justice system is still inaccessible as there are not enough facilities to enable their expression nor get fair help to express themselves.

She said it is not the case only in Lesotho but in many African Countries.

She said addressing disability issues should not be a “by the way” issue. There has to be a specific budget allocated to respond to the needs of Persons with Disabilities (PWDs).

To fully protect human rights of people with disability, Semphi said the need to have equal access to socio’ economic opportunities needs to be addressed.

“Every Ministry should have a certain percentage of the budget allocated to respond to the needs of PWDs. This will help in effective execution of the National Disability Mainstreaming Plan and allow organizations of PWDs to track resource allocation more easily,” recommended Semphi.

She said politicians should work on delivering on the promises made during their campaigns to reduce disability-compounded inequalities. Semphi mentioned that during the election period, each person witnessed the ballot paper reaching everyone, and that alone is proof that there is nothing like “hard-to-reach areas” when there is a will to serve.

In line with this Semphi advised the whole country to apply the same energy to ensure that disabled people have equal access to quality education, healthcare and other basic services without having to move to Maseru.

She said human rights are not just a protection against government abuse, they are a crucial foundation of freedom, justice and peace in the world. They are a part of the international social fabric that ties links between people across borders.

According to Freedom House’s annual study of political rights and civil liberties worldwide, Lesotho is rated partly free in 2022. The study shows that there are vulnerable groups that have traditionally been victims of violations and consequently require special protection for the equal and effective enjoyment of their human rights. These are people with disability, sex workers and Lesbian, Gay, Bisexual, Transgender, Queer, Questioning, Intersex, Ally (LGBTQIA+).

In agreement Key Affected Populations Alliance of Lesotho (KAPAL) Coordinator Lepheana Mosooane on behalf of sex workers approved that Lesotho is still far back in terms achieving human rights for all.

”It is 2022 and police brutality on sex workers is still a huge controversy, police rape sex workers and purposely refuse to pay them,” stated Mosooane.

As for the general public Mosooane said it about time that people learn to accept sex workers because they are also humane.

“We all surrounded by sex workers from neighbors, friends and loved once, so there is no need to stigmatise and discriminate against them”

He edged the state to legalise a policy that allow sex work, so that they can legalize brothels for sex workers to work in a conducive environment and not the streets.

Nonetheless Mosooane said the Lesotho is still showing room for improvement because before issues of sex workers where only addressed behind closed doors but now sex workers are given slight access to speak in public places like the media.