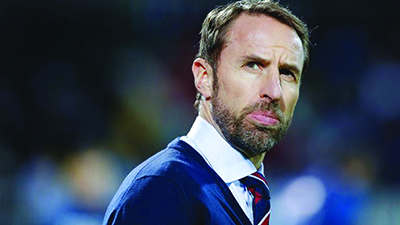 England manager Gareth Southgate says he is “conflicted” about his future, having “found large parts of the last 18 months difficult”.

Southgate’s side were knocked out of the 2022 World Cup on Saturday, losing 2-1 to France in the quarter-finals.

Afterwards, he said he would “review and reflect” before deciding whether to carry on in the role.

“I don’t want to be four, five months down the line thinking I’ve made the wrong call,” added the 52-year-old.

“It’s too important for everybody to get that wrong.”

Southgate, who was appointed in October 2016, led England to the 2018 World Cup semi-finals and a first European Championship final in 2021.

He has won six knockout games in major tournaments as Three Lions boss – the same number as England won in the 48 years before he took charge.

However, England went into the Qatar World Cup on the back of relegation from their UEFA Nations League group after three defeats and three draws.

One of those losses was a 4-0 defeat by Hungary in June at Molineux, during which England fans chanted at the manager: “You don’t know what you’re doing.”

“I’ve found large parts of the last 18 months difficult,” said Southgate, who has a contract until December 2024.

“For everything that I’ve loved about the last few weeks, I still have how things have been for 18 months – what’s been said and what’s been written, the night at Wolves.

“There are lots of things in my head that are really conflicted at the moment, so what I want to make sure, if it’s the right thing to stay, is that I’ve definitely got the energy to do that.”

Southgate has won 49 of his 81 games in charge of England, with Saturday’s loss to France being his 14th. His win rate of 60.49% ranks him fourth among England managers.

His side suffered a 2-1 defeat by Croatia in the last four of the 2018 World Cup in Russia after leading 1-0, and England were beaten on penalties by Italy in the Euro 2020 final, after also leading that match through an early Luke Shaw goal.

“When I’ve been through the past few tournaments, my emotions have been difficult to really think through properly in those following few weeks,” added Southgate.

“It took so much energy out of you and you have so much going through your mind.

“Neither are the next few days really.”