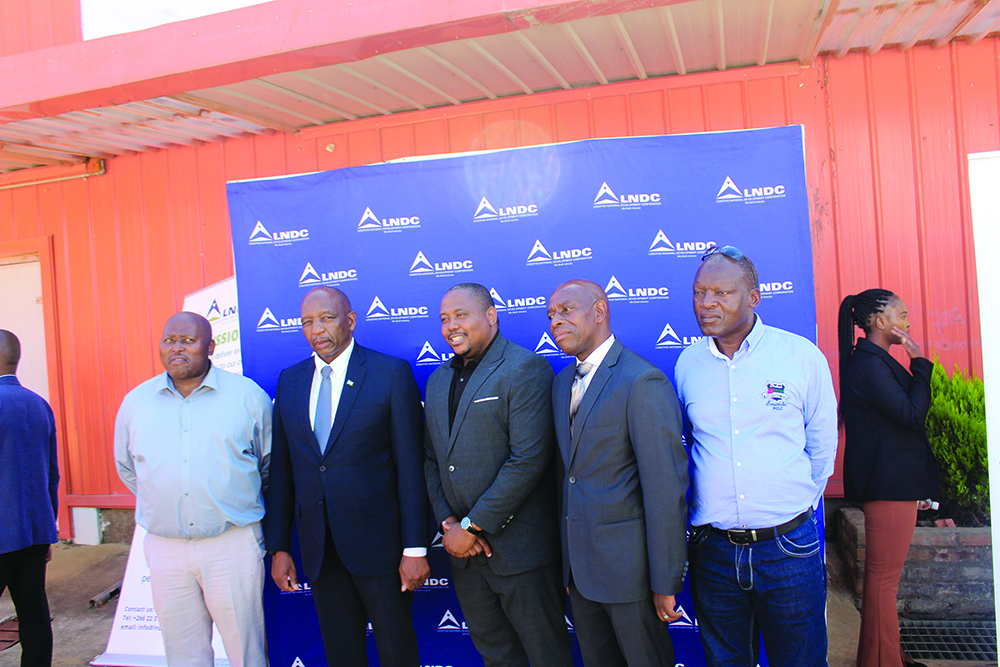 MASERU – The factory workers can expect good news as the two factories will open soon, the Minister of Trade, Industry, Business Development, and Tourism Hon. Mokhethi Shelile has said.

These developments transpired during the tour of inspection of the closed factories last Friday led by Prime Minister Rt. Hon. Sam Matekane and his high-powered delegation.

The inspection took place at two factories C & Y Garments, a subsidiary of the Nien Hshing Textiles Group, situated at Thetsane and Glory International at Tikoe. The two factories closed in 2020 and 2021 owing to the effects of the COVID-19 pandemic and collectively laying off over 5 000 workers.

The PM appealed to the Basotho business community to join forces to open these factories in order to create employment for Basotho. He charged the Minister of Trade to oversee their expeditious reopening.

Matekane said if the owners of these factories do not have the interest to reopen, they should be engaged with a view to passing them to the government for it to utilize them.

In December last year, during his visit to the United States of America (USA), the PM along with his delegation including the Minister of Trade, Industry, Business Development, and Tourism met with some investors in an attempt to sell Lesotho as a potential investor.

It is also during this visit, that Matekane requested the extension of the African Growth Opportunity and Act (AGOA)’s a contract that is set to expire in 2025.

Under AGOA’s arrangement, Lesotho can export over 5 000 duty-free goods to the American market, but it had not fully exploited these low-hanging fruits as it exports few items.

Hon. Shelile said while in the USA they met with business people who have shown an appetite for sending orders. The Minister further said there are already orders in place even from South Africa.

He also said they are planning to embark on an offensive charm to attract more investors.

Asked how soon the factories will open, he said in two months’ time. The Minister however stated during the initial stages of opening they will absorb at least 1 000 population, a figure set to increase.

He said they want to see more Basotho involved in the value chain adding that some work will be processed in the communities, a move which will see the booming of the cottage industries.

According to the World Bank, the textile and apparel sector is one of the highest employers of women accounting for about 80 percent of women’s absorption.

For his part, the Lesotho National Development Centre (LNDC) acting Chief Executive Officer (CEO) Molise Ramaili also reiterated the call that Basotho should be involved in the textile industry.

He said there are opportunities awaiting the locals in this industry adding that it does not necessarily have to be foreigners who run them.

Theirs he said is not only to look and invite the investors but also to provide a conducive environment for the industry to operate on.

One Basotho involved in the textile industry, Teboho Kobeli who is the Managing Director of Afri Expo Textiles Pty Ltd said it is high time Basotho grab the opportunities with both hands saying the country has for a long time relied largely on foreign direct investment (FDI).

Kobeli said if Basotho can unite and run the factory they would hire a lot of people and great a “big impact”.

He further mentioned that they are ready to work in concert with LNDC for job creation of the cottage industries, where he said people in the communities should be upskilled across the value chain in order to exploit the low-hanging fruits chain of producing the textiles, such as cutting. Kobeli impressed on the need to mount a central incubation centre where they will be trained on the textile industries ecosystem and be given orders on which to work, a move he said will produce employment.

He also highlighted that Africa Continental Free Trade Area (AfCFTA) has more benefits that Lesotho needs to tap into along with AGOA. To date, there are 54 African Union (AU) Member States who have signed the AfCFTA agreement. This facility is meant to enhance trade within the continent.