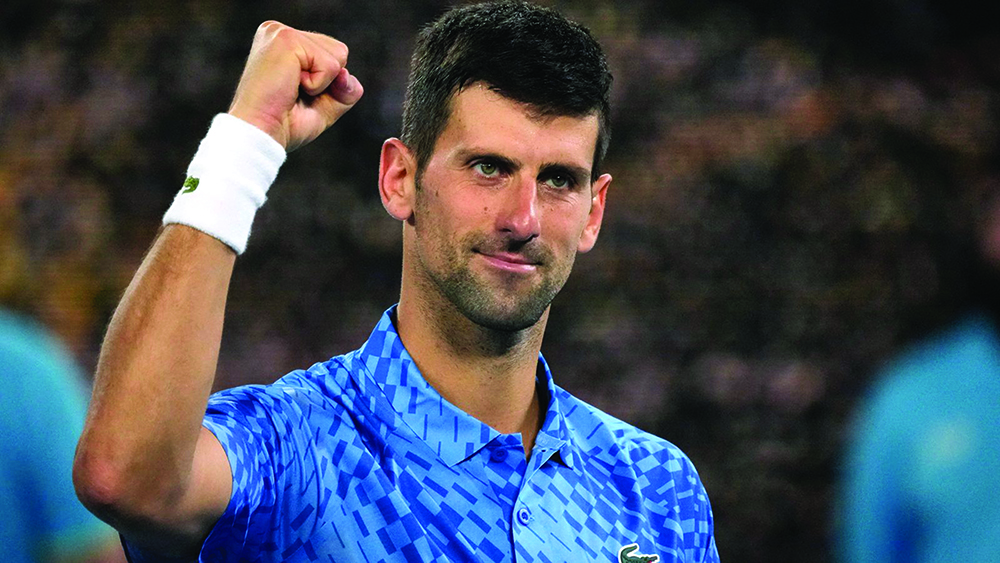 Novak Djokovic was firing on all cylinders as he dismantled home favourite Alex De Minaur to reach the quarter-finals of the Australian Open for the 13th time.

The nine-time champion’s damaged left hamstring has dominated discussion around his chances of triumphing again at Melbourne Park but there were no signs of discomfort here as he stormed to a 6-2 6-1 6-2 victory with a ruthless display.

Speaking on court, the fourth seed said: “I cannot say ‘I’m sorry you haven’t watched a longer match’. I really wanted to win in straight sets. I thought the first four, five games were quite close.

“I started feeling I guess more loose, more free, to go through the ball and be more aggressive. I kept my focus all the way through and played the best match of this year so far.”

On his hamstring, Djokovic said: “I didn’t feel anything today. Today was great. I thank my medical team, thank God, anybody that really helped me.

“I don’t want to celebrate too early. I know things can change really quickly and I don’t take anything for granted. I’m really pleased today with the way I moved today and the way I hit the ball.”

Asked on Eurosport if his performance “was perfection on a tennis court?” Djokovic replied: “Close to.” SkySports