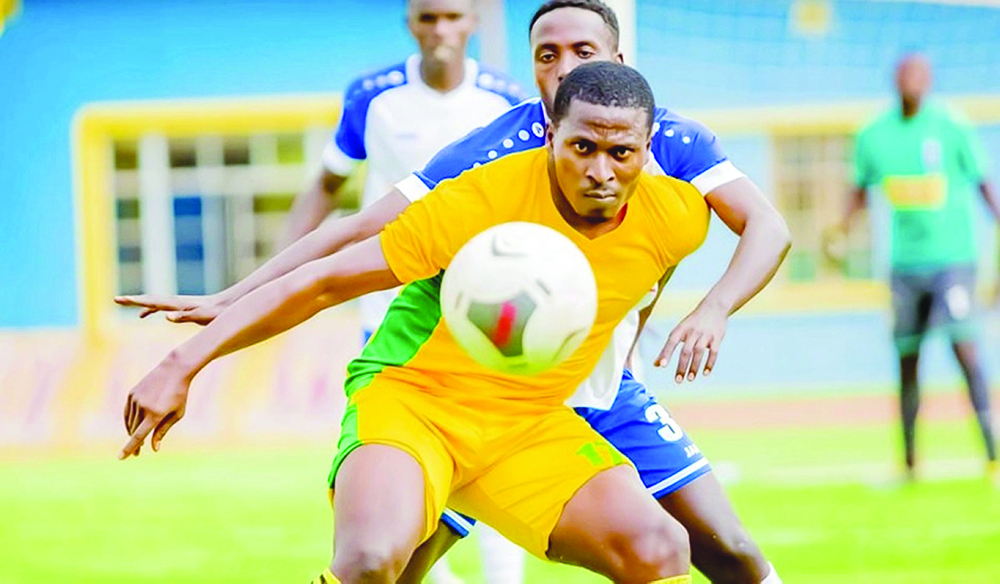 Nigerian striker Samuel Chukwudi Nwosu has sued second-tier side Etoile de l’Est to the football governing body (FERWAFA) after the club rejected his request to terminate his contract with immediate effect and let him go.

Nwosu was part of the Etoile team that played in the top-flight league last season.

Unfortunately, the Ngoma-based club was relegated back to the second division by the time his contract expired in June 2022. However, he extended his stay after he decided to remain at the club for just another season so he could help them return to Rwanda Premier League next season.

The player is unhappy with his employers and only wants to force a move out of the club ever since they refused to take care of him during his injury rehabilitation.

Besides, the Nigerian has on different occasions been the subject of verbal abuse by club officials who have been accusing him of causing the club to be relegated.

“I have been constantly verbally abused by management of the club as they claim I caused the club to be relegated,” Nwosu said in a letter that he filed at Ferwafa on January 12.

“I got injured in a friendly game against Sunrise FC, I broke a hip bone but they didn’t take care of me, I took care of myself though the contract they signed with me stated that they would be taking care of me when I get injured,” the letter, which Times Sport has seen, further reads.

Nwosu has six months left on his contract but he opened up to the club he wants to leave and is “ready to pay Etoile their signing on fee of R800 000 to let him go.

However, the player’s request to cancel his contract has fallen into the club’s deaf ear with club Secretary General, Elia Byukusenge, insisting that they are not ready to release him until his contract expires.

“We are not going to release Nwosu because he still has a contract with us which is still valid,” Byukusenge told Times Sport.

“Our club is not a selling club. We are creating a strong club to be back in the premier league, not a club to sell players.”

“The vision of our club is to play in the premier league, so you can’t get promoted while you are not keeping your good players,” he added.

Nwosu, 31, was the second top scorer in the 2021/2022 Rwanda Premier League with 13 games despite his Etoile being relegated.

He has five goals and two assists in the second division league so far this season.