BMW shows off new concept with a voice-controlled windshield 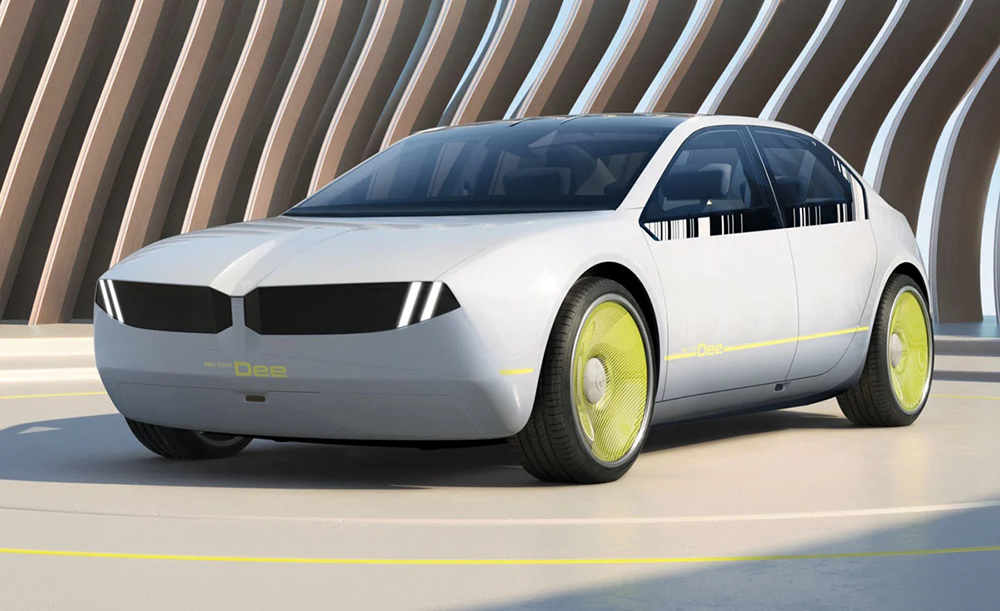 BMW’s latest prototype could well preview Apple’s future car: drivers have zero buttons and switches with a super-sleek interior where the windshield acts as a giant voice-controlled display.

Parts of the technologies showcased in the iVision Dee concept car, on display at this year’s Consumer Electronics Show in Las Vegas, will be available as soon as 2025, according to Chief Executive Officer Oliver Zipse.

The vehicle — while using Amazon.com voice recognition know-how — features software mostly developed by BMW in a bid to shut out tech giants.

“We have to be very vigilant not to give away data,” Zipse said during an event in Munich previewing the iVision Dee. “Our car will integrate seamlessly into your digital lives to become a true driving companion.”

BMW’s splashy show at CES comes as Apple’s highly secretive car project faces delays to around 2026 as its self-driving plans have proven too ambitious. But even with the postponement, Apple’s auto push continues to hang over the industry where incumbent manufacturers struggle to integrate complex digital services.

At BMW, which went for a retro-inspired look for the iVision Dee reminiscent of its 1960s sedans, developers have had a better grasp on adding to digital capabilities.

Since 2019, BMW has been updating car software wirelessly for a broad suite of functions, including infotainment and safety features. At present, more than 3.8 million BMW vehicles receive over-the-air updates regularly.

“Whoever excels at integrating the customer’s digital worlds into the vehicle at all levels will master the future of car-building,” BMW’s development head Frank Weber said in a statement.

Once in the car, drivers can choose five levels of information to be displayed, ranging from basics like speed to augmented reality with navigation cues projected on the road. Even when driving, short social media messages can pop up on the side.

BMW’s version of Amazon’s Alexa, named Dee, is meant to provide additional assistance. When the driver approaches the vehicle, Dee registers her identity, opens the door automatically, and can express moods such as joy or astonishment with visual cues on the grille and headlights.

Putting all information on the windscreen helps to minimize distraction, Zipse said.

BMW, working on a new software-led vehicle platform slated for 2025, said that a head-up display across the windshield will feature in new models made on the “Neue Klasse” underpinnings.