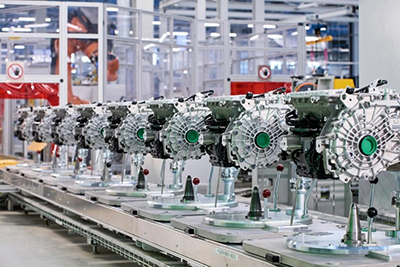 Various manufacturers and industry participants have predicted that parity between ICEs and EVs is expected to be reached around 2025.

Reaching parity means that these very different cars will essentially be sold at the same price, addressing one of the biggest complaints that buyers currently have with these futuristic technologies.

However, it’s impossible to pinpoint exactly when this level of equality will be achieved.

The estimated date of 2025 remains just that, an estimation, and there are several external factors that play an important role in accomplishing parity between EVs and ICEs.

According to BMW South Africa, economies of scale is a “non-neglectable factor that influences price parity” and this is driven by customer demand.

Economies of scale refer to the cost advantages that companies enjoy when moving large amounts of goods, and are typically measured in output over a certain amount of time.

As more customers buy EVs, the factories producing them will start to realise their full capacity and as a result, this will bring down the cost per unit built.

With rising economies of scale comes the potential of lower price tags for EVs, though this can only be realised if public uptake of electric cars increases.

Another, equally important factor that influences price parity over the long term is production input costs, especially that of the batteries.

“Within the production costs of electrified vehicles, the high-voltage storage system (batteries) is the main driver and most expensive component,” said BMW South Africa.

The first wave of improved battery technologies went into increasing driving range rather than lowering costs, and we are now starting to see the results of this in the majority of new EVs coming to market.

More immediately, however, the pursuit of price parity between ICEs and EVs is being hampered by market conditions that would have been nearly unpredictable a few years ago.

The good news is that these issues are expected to subside around 2024, which will not only make electric cars but also vehicles in general more affordable. Top Auto