Call for youth in southern districts 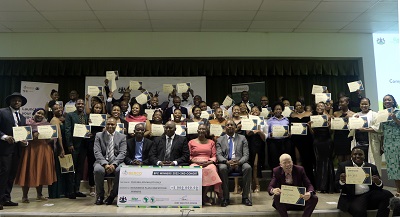 BEDCO acting Chief Executive Officer (CEO) Tšepang Tlali has expressed concern over the 0% representation of youth from Mohale’s Hoek and Quthing in the Business Plan Competition (BCP) under which 50 youth were awarded M100, 000 each for capital injection.

This was the second cohort of Basotho Enterprise Development Cooperation (BEDCO)’s renowned BCP under which 50 youth get to share a tune of M5 million.

Out of the 50 winners, 44% were males and 56% were females, from these, 42% of the winners came from Maseru, 17% from Berea, 17% from Leribe, 4% from Mafeteng, 6% from Mokhotlong and 4% from Qacha’s Nek while the remaining 2% were from Thaba-Tseka and 8% from Butha-Buthe. There was no representation from Mohale’s Hoek and Quthing.

The second cohort opened in May this year and attracted a total of 1317 applications. 200 were shortlisted and capacitation was carried out on business plan development and idea pitching. A further shortlisting was done for the top 100 and all of those culminated in the selection of the 50 winners who received their seed capital at the event.

According to BEDCO’s report during the awarding ceremony on Thursday, the majority of winners were from the manufacturing sector, constituting 46% followed by Agriculture at 40%, Tourism 10% and Technology 4%. “There was a significant change in demographic where only 46% of winners were from Maseru in comparison to the previous cohort in which Maseru had 70%,” the CEO informed.

Tlali further remarked that the Cooperation’s capacity to deliver Micro, Small and Medium Enterprises (MSMEs) was amplified by funding from the African Development Bank (AfDB) under the economic diversification support project – Promoting Enterprise Development (PED), to assist the growth and development of MSMEs in Lesotho and for BEDCO’s capacity to sustain the project goals after its completion.

Tlali further elaborated that the BPC was piloted in 2020 where a combined amount of M1 000 000 was awarded to 10 youth for seed capital. The businesses are still in operation and created at least 60 jobs for Basotho in two years.

He further added that the PED project provided seed funding for 100 youth and women-owned enterprises.

Also present at the event, the Economic Diversification Support Project (EDSP) Project Manager Chaba Mokuku said the competition was part of a bigger AfDB projects. He further elaborated that the project seeks to promote projects in the National Development Strategic Plan (NSDP II), strengthen entrepreneurship and skill development in the country and also improve access to finance.

He said this project is focusing on Enhancing Economic Diversification and Promoting Enterprise Development where they build a strong entrepreneurship ecosystem and address skills gaps and access to finance issues.

Also present at the event, Minister of Trade, Business Development and Tourism Hon. Mokhethi Shelile said startups are the future of the economy, urging people to look beyond borders for customers to expand share in the global trade.

He also invited stakeholders to support startups, saying there is a plan to launch new programmes to build on to the success of this project.

The Minister also urged old people to retire and give room for the youth, “We wasted time until now. Elder people let’s start retiring to go start businesses and great jobs,” said the minister.