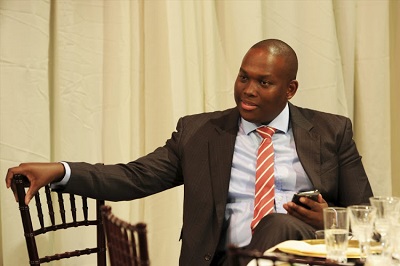 Businessman Vusi Thembekwayo has issued a statement to “clear” his name after reports that he allegedly assaulted his wife.

City Press reported that Vusi returned home from Kenya and had a heated argument with his wife in their home, during which she said he allegedly assaulted her.

He then handed himself over at the Douglasdale police station after his wife opened a case. He was later released on bail and appeared at the Randburg magistrate’s court on Wednesday on charges of assault.

The outspoken businessman landed on the Twitter trends on Sunday as people reacted to the allegations levelled against him.

Vusi posted a lengthy statement on social media giving his version of events. He confirmed that he flew back to SA on December 6 from an international trip to attend to a situation pertaining to his wife.

“Her response was unfortunate and resulted in alleged charges of assault against me.”

The businessman said he appeared in court and was defending the matter. He added that he has co-operated with law enforcement “to resolve this matter courteously and expeditiously”.

Vusi said he was opposed to gender-based violence.

“I have always been an advocate of equality, committed to eradicating all forms of GBV and I believe my record speaks for itself in this regard,” Vusi added.

His case was postponed to March next year for further investigation.

Attempts by TshisaLIVE to reach Vusi’s wife were unsuccessful. TimesLive